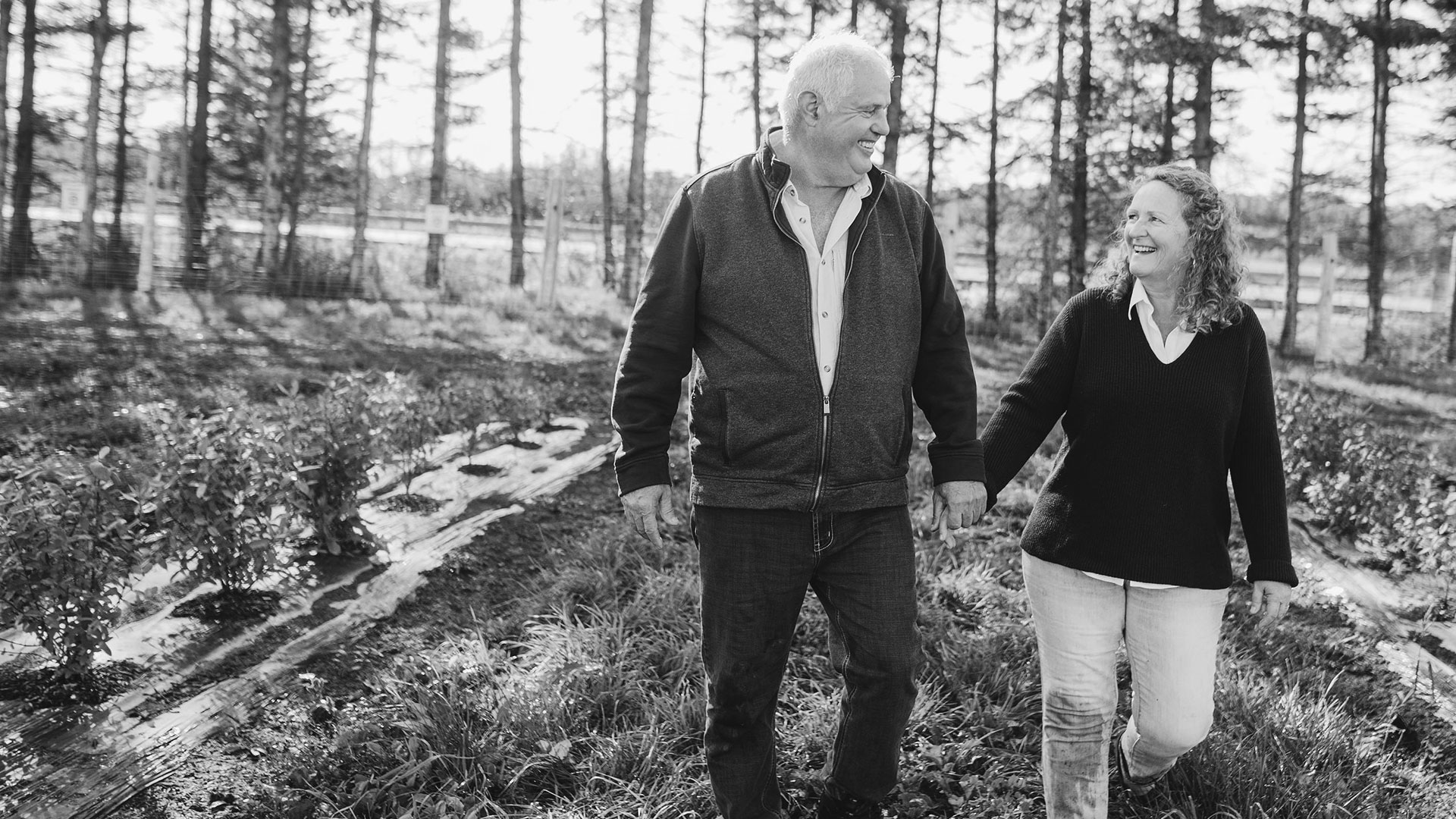 We are Verger du Terroir. It may seem a little unusual, but this is our retirement project. A few years ago, we sold our business but realized that we were still not ready to hang up the skates. So, we decided to start something new in agriculture. We believe that our region is prosperous and it has the ability to sustain niche industries. We are once again proving this to be true. But what’s most important for us is that we are creating a legacy for future generations. Something that started small, has become a commercial operation.

We know it’s hard work, but it’s also fun and fulfilling to see something come to life. As long as we can, we will continue to contribute.

We are a family who dares to think big, work hard, and isn’t afraid of our grand dreams. But for all our ambitious goals, Verger du Terroir is first and foremost inspired by love. It may sound a little clichéd, but that’s the honest truth.

Agriculture is simply in our blood. For generations, our families have been farmers in Temiskaming. Although the younger generation established themselves in other industries and have built successful businesses, the lure of the land remains strong. We believe that establishing a high value commercial haskap and cherry orchard can once again make the family farm a reality.

This is our family. Everyone is involved. From the youngest to the oldest, we are all contributing to the establishment and growth of the orchard. We’re all different but each one brings a unique skill set that’s making it work. Being out in the orchard, working together and enjoying the fruit we’ve produced together, is simply the most beautiful thing in the world. And we get to share this unique product with so many people.

We just love good, healthy food. Haskaps and cherries are delicious, but the best part about them is they are just so good for you. This is what convinced us to grow this fruit. Haskaps have one of the highest concentration of antioxidants in any food. And tart cherries can improve endurance and sleep, as well as reduce inflammation. We are grateful that we can bring wholesome and yummy fruit to market, while improving and maintaining health!

Love of the North

We are proud Northerners. We were born here, raised our family here, and built successful businesses here. Surrounded by lakes, rivers, forests, clean air and magical seasons, we live a fulfilling life. There is no place like it. Growing fruit here seemed impossible until now. Haskaps and cherries are northern-friendly and grow just fine. They are locally grown and value-added products which are being produced locally.

Verger du Terroir is a 25-acre commercial Haskap and cherry orchard, located in New Liskeard, Ontario. This Northern Ontario town is a traditional farming hub, consisting of beef, dairy, grain/oil seed, and hay production. Our fruit orchard is an innovative commercial agricultural opportunity for the north.

The land was purchased in 2015, test plots were planted to identify factors that impact growth: nutritional requirements, weed control and soil amendments. A comprehensive irrigation system was also installed, to water and the plants. Predator proofing fencing and bird controls now protect this high value crop.

Haskap production is currently being singled out as an emerging market because of its exceptional nutritional properties and high level of antioxidants. The berries can be eaten fresh, frozen and processed into value-added products. The planted cherries bred by the University of Saskatchewan to grow in Northern Ontario, have higher yields than Haskaps, and will provide an alternate yet complimentary fruit production.

The summer of 2020 marks the first year that the orchard started selling its fruit to the public and restaurants. Cherries will be available for U-Pick in 2021. 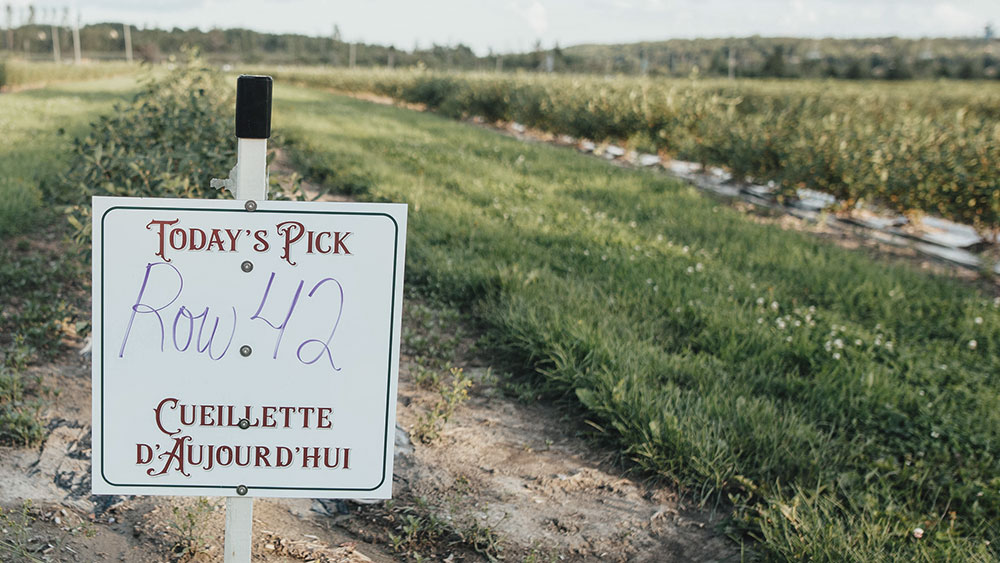 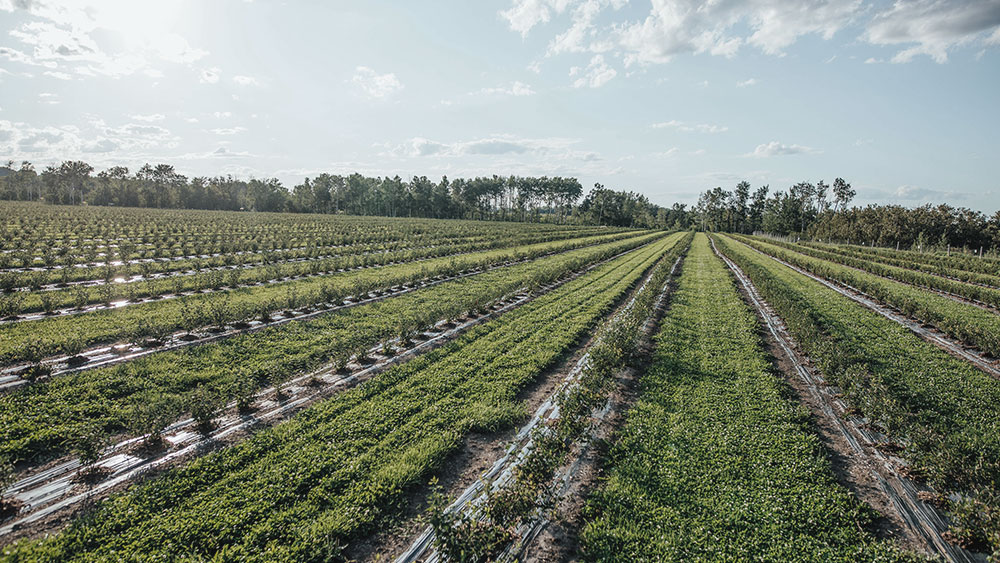 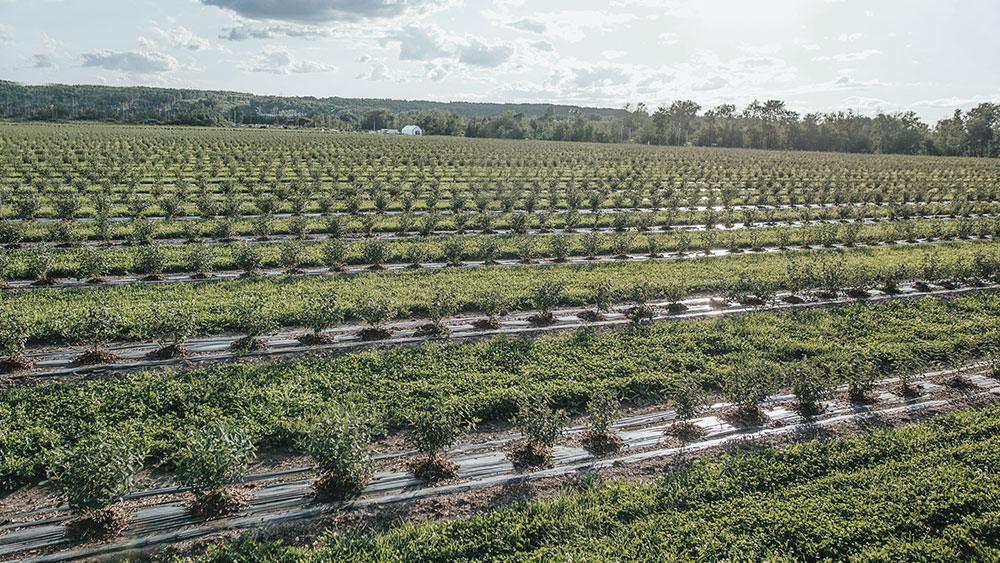 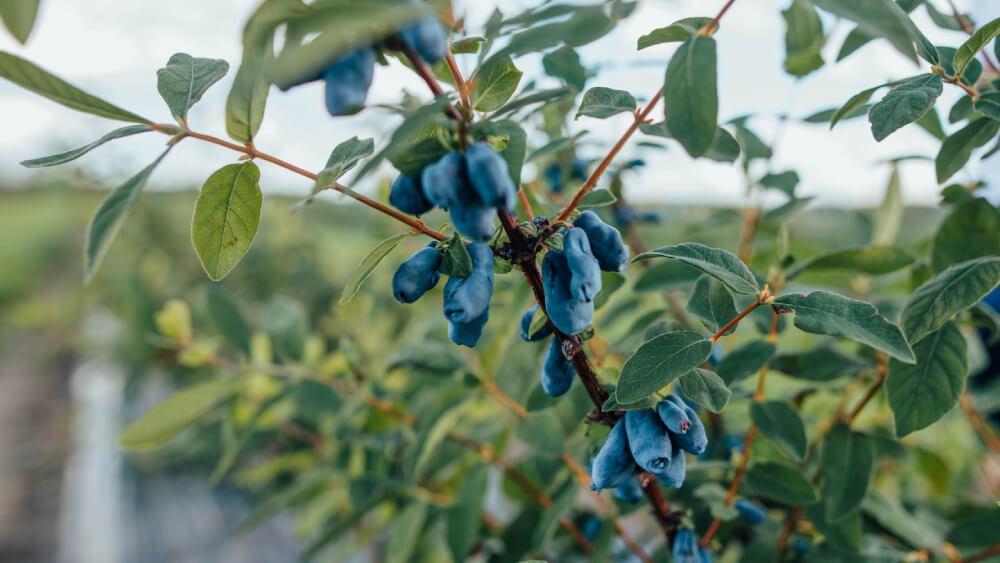 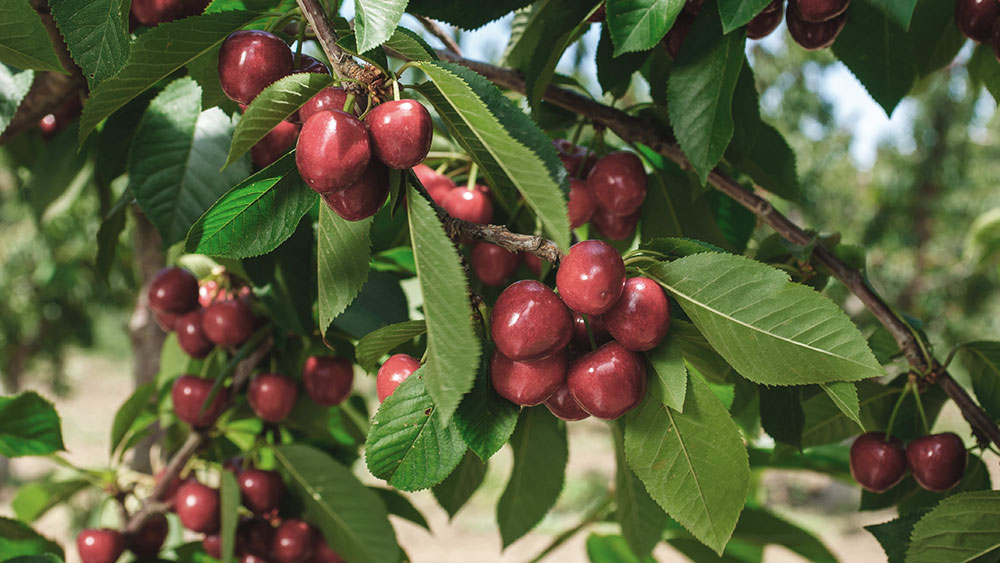 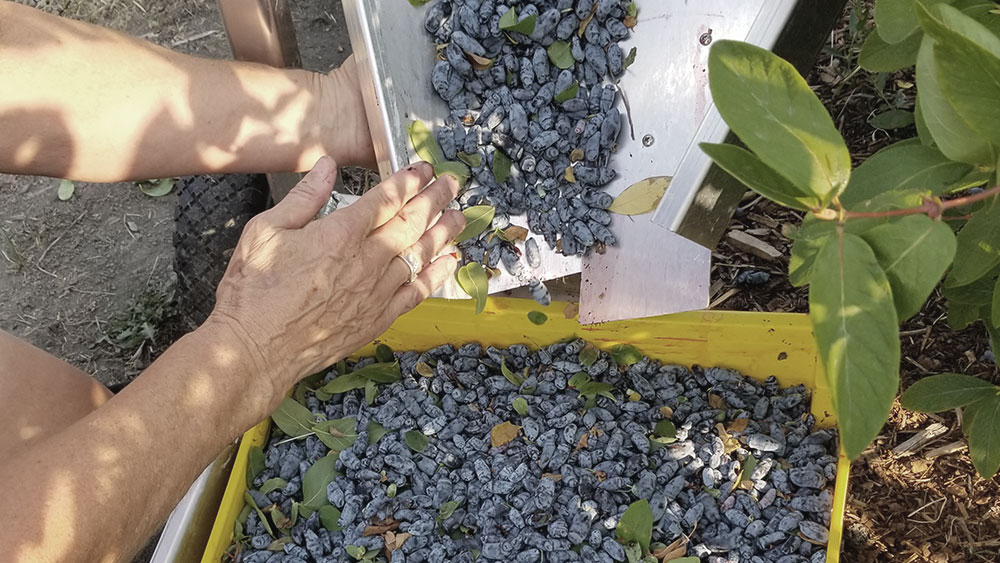 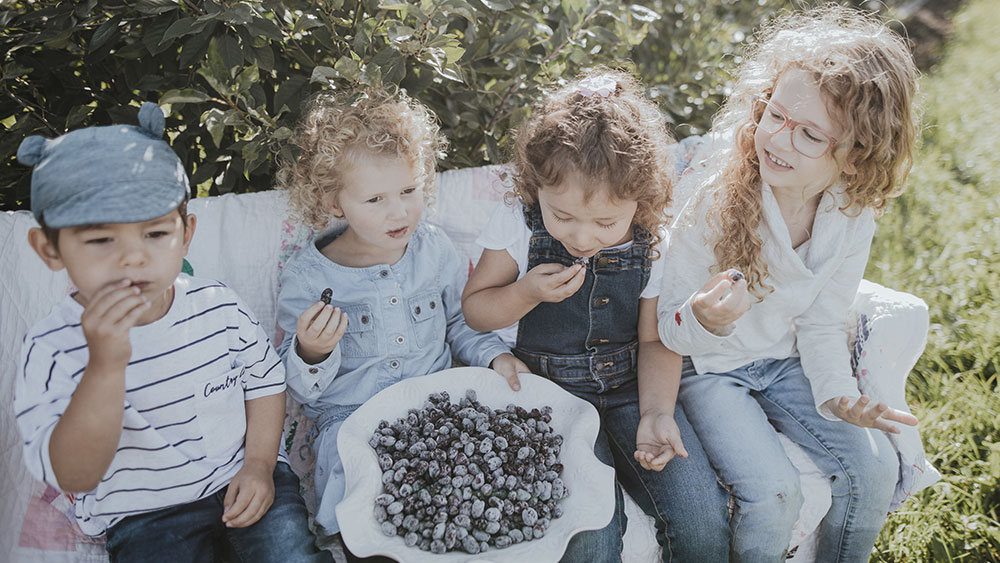 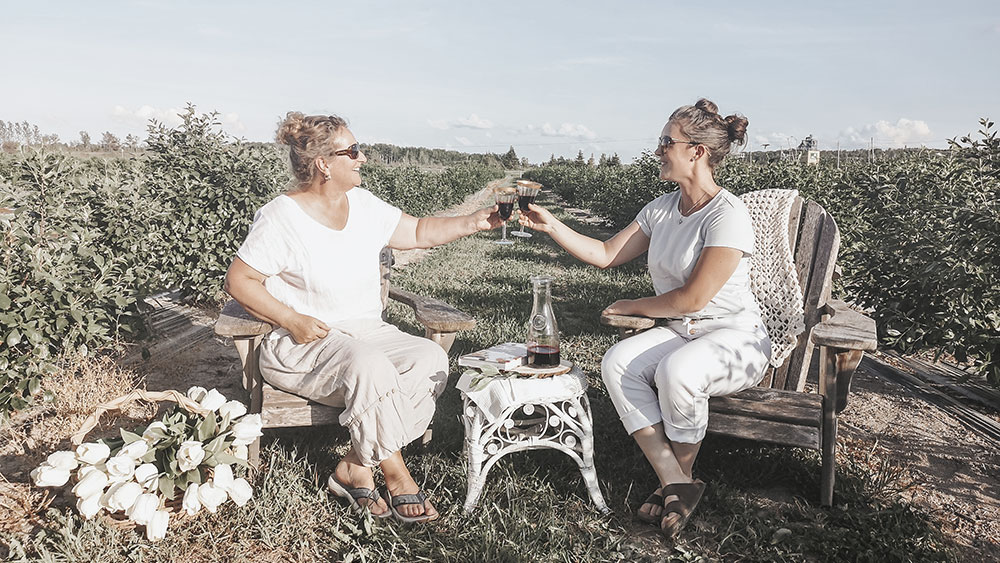 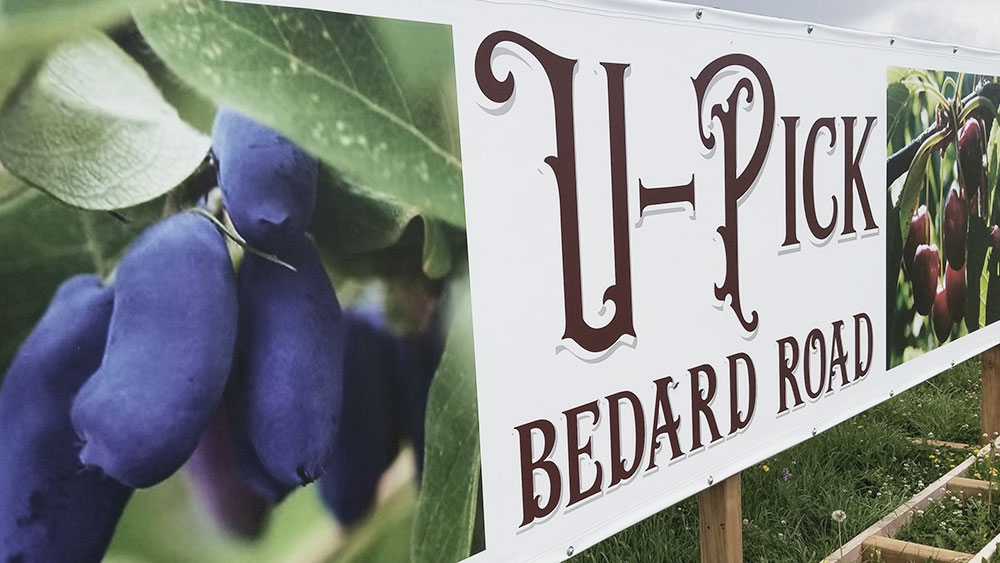 What's in the name?

Terroir: describes the uniqueness of a place. it is the sum total of everything that makes it special.

Verger du Terroir essentially means Orchard coming from a unique place. The fruit grown here is unique because they represent the flavour of our region. These special characteristics come from its clay soil, its northern vegetation and climate, its proximity to Lake Temiskaming, and its long standing agricultural tradition and heritage. It gives us a sense of our place. The fruit grown at Verger du Terroir embodies all that is good and unique in Temiskaming.

How did it start?

A special day, a comment, a photo, an event, a discussion. Verger du Terroir started from a whisper of a long buried dream – returning to ones agricultural roots.

Yvan Chartrand was born, raised, and worked on the family farm. Although his wish was to work in agriculture, tough economic times for farming prevented it. Together with Louise Philbin, they started a training business which became successful and rewarding. After 30 years, the whisper was heard again. It came at an agricultural event where the haskap plant was presented as the new superfruit, suitable for growing in Northern Ontario. The dream had taken root.

Yvan and Louise did a lot of research, spoke to pioneers, travelled throughout Canada and many other countries, to meet growers and experts who were growing Haskaps. The information was promising, yet there were still many unknowns. They decided to forge ahead and become one of its pioneers.

Why did you decide to grow Haskaps?

It’s hard to pick just one reason. So, we came up with 7 of them.

Yes they are. They have a sweet and zingy taste. They can be eaten fresh or used in baking. Their unique flavour makes the best cherry pies.

When will the cherries be available for picking?

It takes a cherry bush three to four years to be strong enough to bear fruit. Cherries are heavy and the branches need to be able to support the fruit. We did see a few flowers on the cherries in 2020, but the late frost in June killed the flowers. No flowers means no cherries.

The 2021 season will be the fourth year of growth. We are confident we will see lots of flowers which will bring cherries. The orchard will be open for picking cherries in August. Stay tuned!

We are a Haskap and cherry orchard, owned and operated by Yvan Chartrand, Louise Philbin, and family. Located in New Liskeard, Ontario.